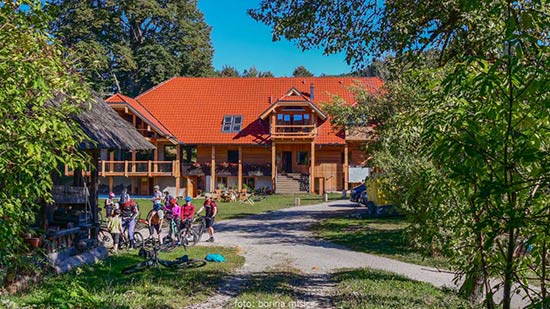 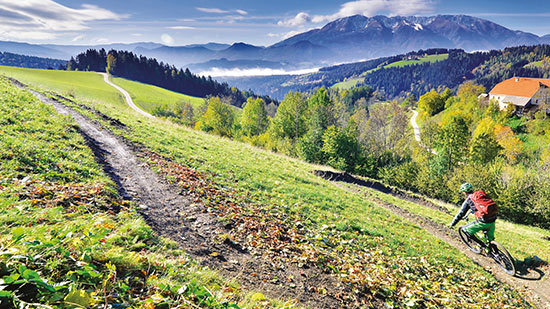 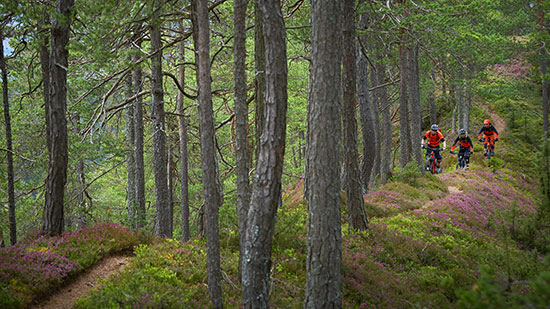 People usually seek mountain biking enjoyment in the mountains, but we found a passage through the mountains, along the abandoned and mysterious tunnels under Mt. Peca. What we offer is a more than 5-kilometre guided underground cycling tour, the route of which follows an illuminated path from one valley into another, for you to enjoy a safe and unforgettable adventure.

The ore and the waste material were transported from the mine on special cars along the transportation tracks. Today, this unique, more than five kilometers long cycling route runs through these tunnels.

The starting point for this adventure is the Mežica Mining Museum, where the guide will be waiting for you with the required equipment.

We will shuttle you to the mine entrance, which is two kilometres away.

The exit from the mine is in another valley, from where you will descend along the road to the Glančnik Mining Museum. Here, the rented equipment should be returned and the bikes can be washed.

In case of bad weather, transfers can be arranged. 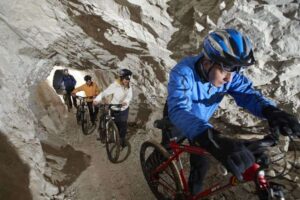 500 METRES BENEATH THE SURFACE

The constant air temperature is around 10 °C. Special equipment is required because of the complete darkness in the underground and due to the miners' safety legislation. A helmet with a headlamp should be worn, which can be rented from the ticket office. Long trousers, warm long sleeves, an anorak and a pair of cycling gloves should be worn.

Our team
Our company
Partners
Read about us

Responsible riding
Giving back to nature

You can find out more about which cookies we are using or switch them off in settings.

This website uses cookies so that we can provide you with the best user experience possible. Cookie information is stored in your browser and performs functions such as recognising you when you return to our website and helping our team to understand which sections of the website you find most interesting and useful.

Strictly Necessary Cookie should be enabled at all times so that we can save your preferences for cookie settings.

If you disable this cookie, we will not be able to save your preferences. This means that every time you visit this website you will need to enable or disable cookies again.